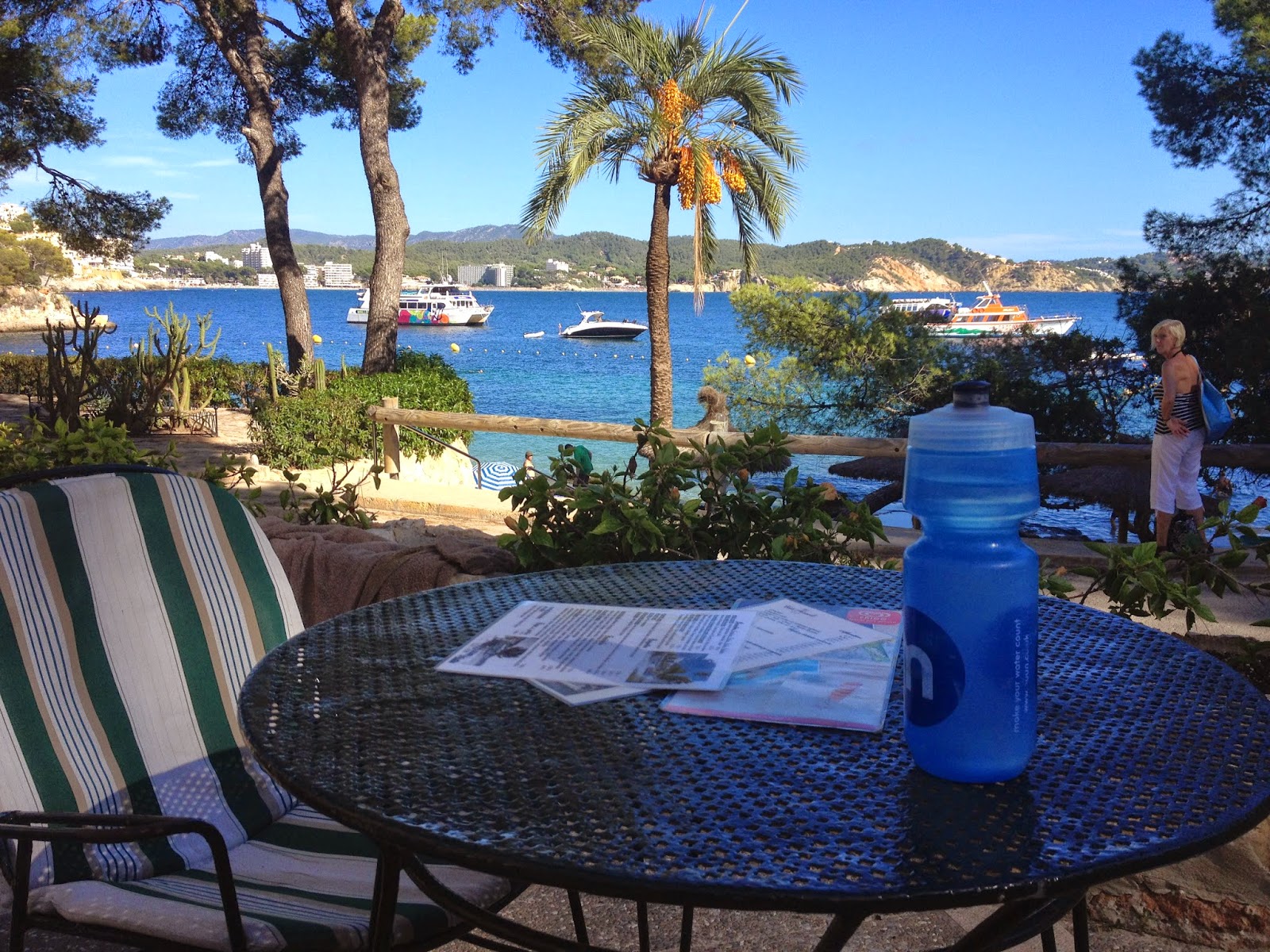 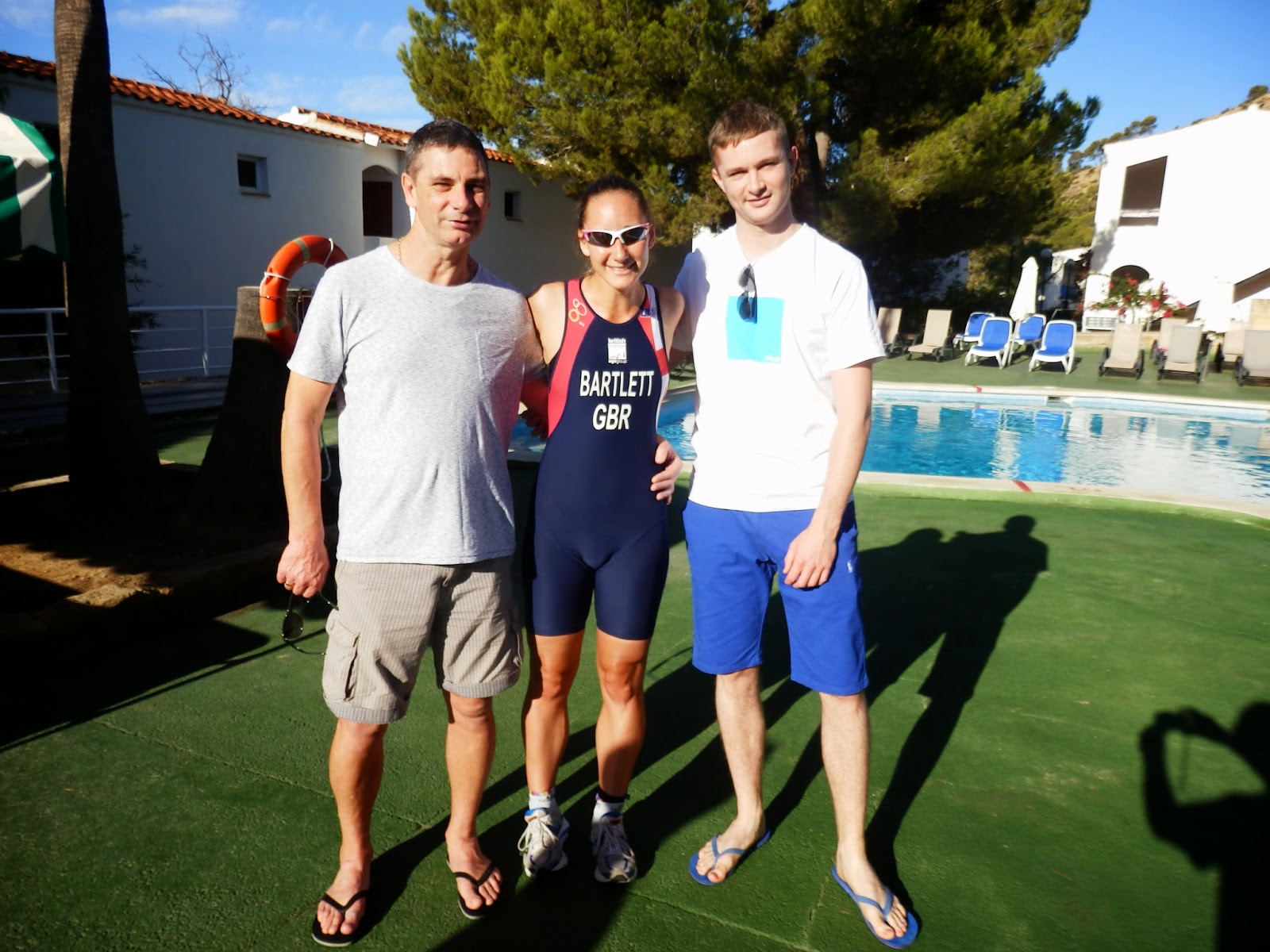 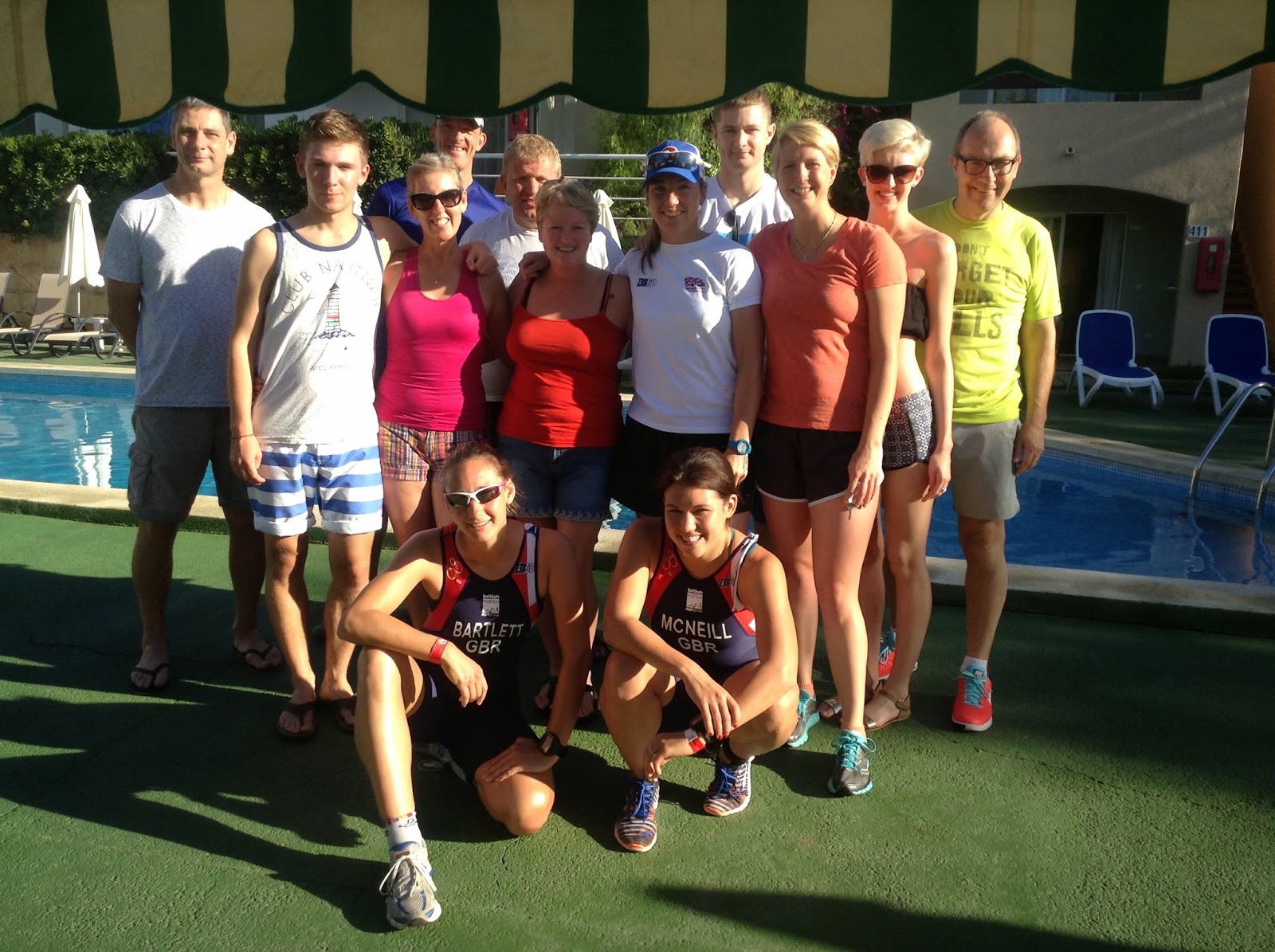 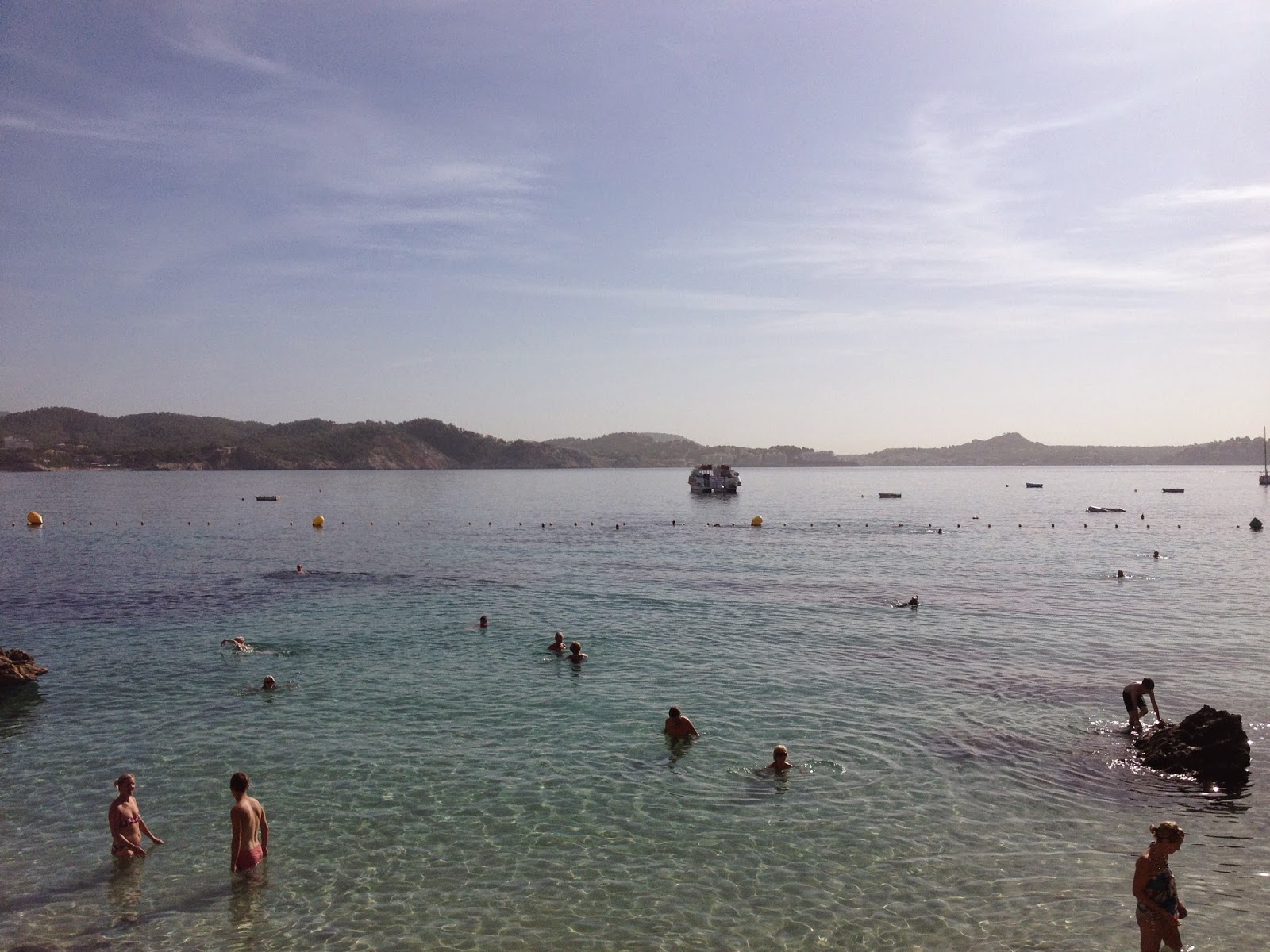 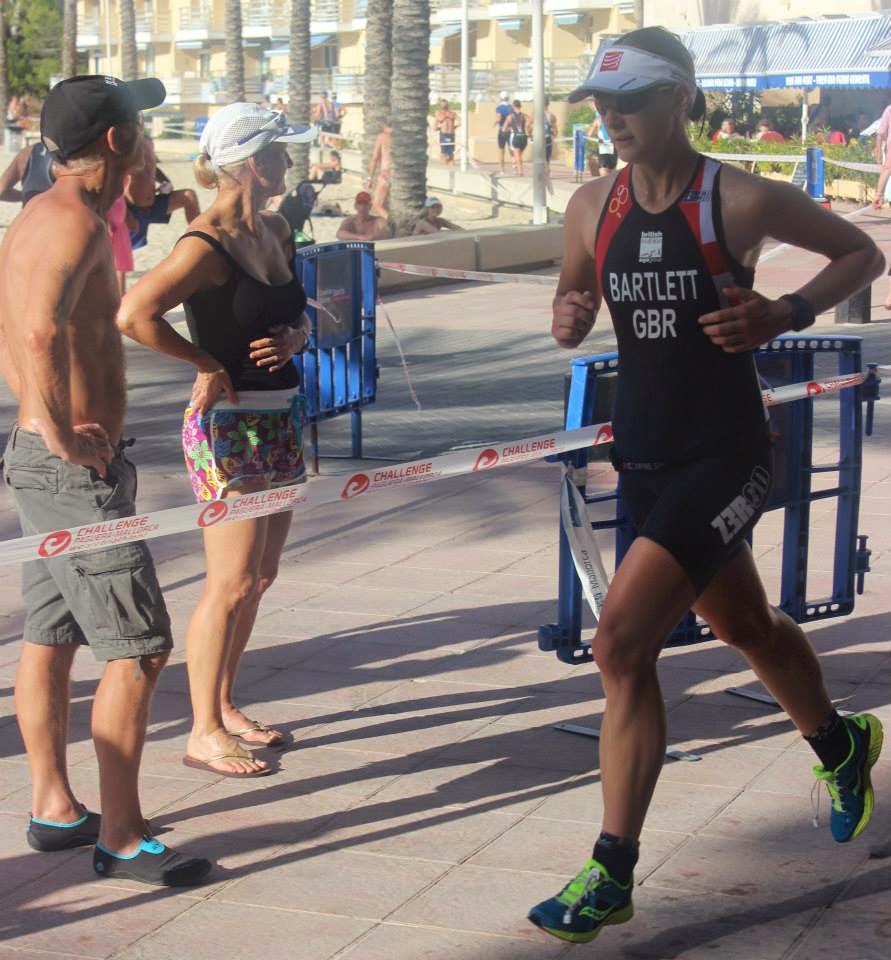 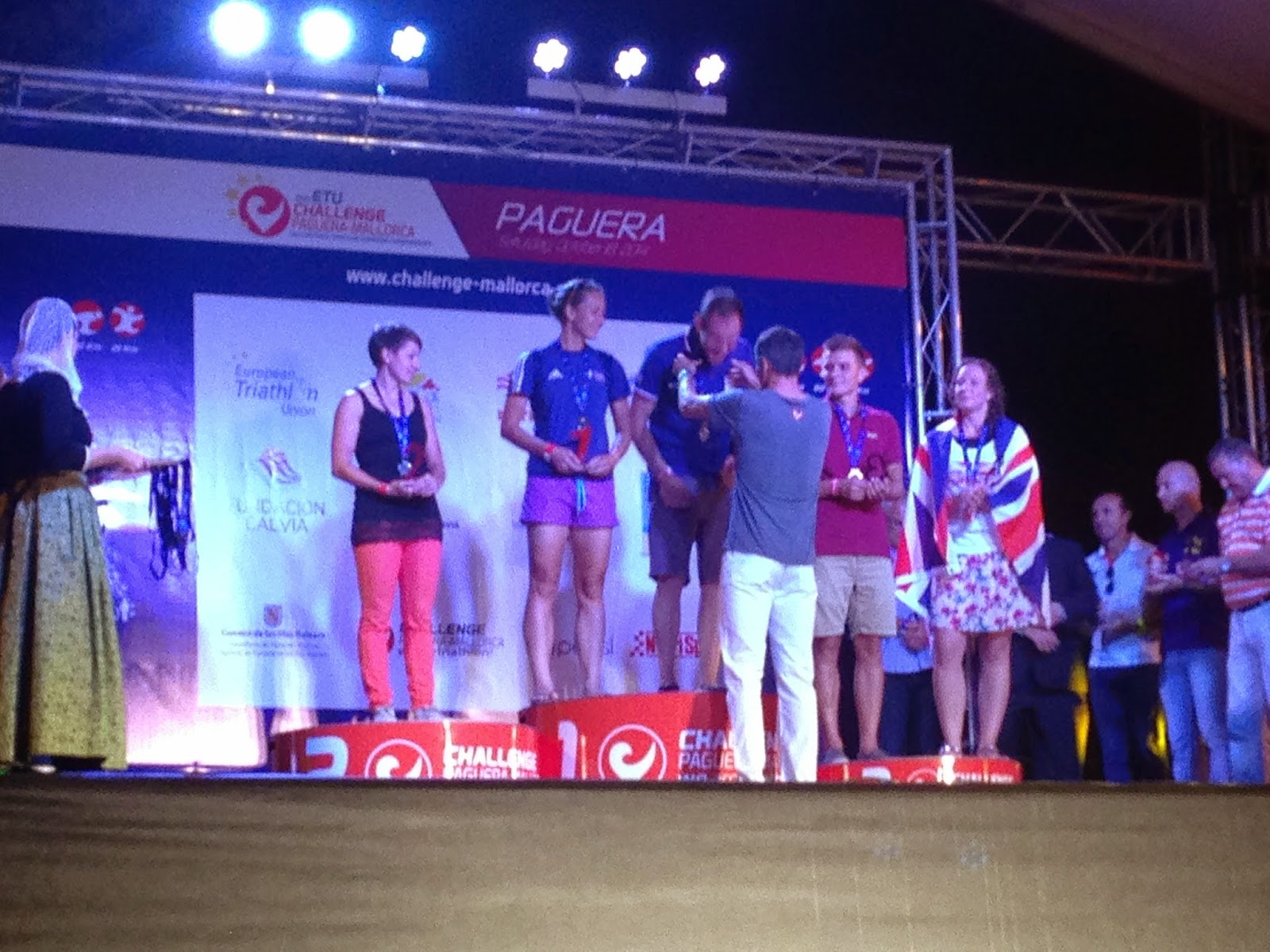 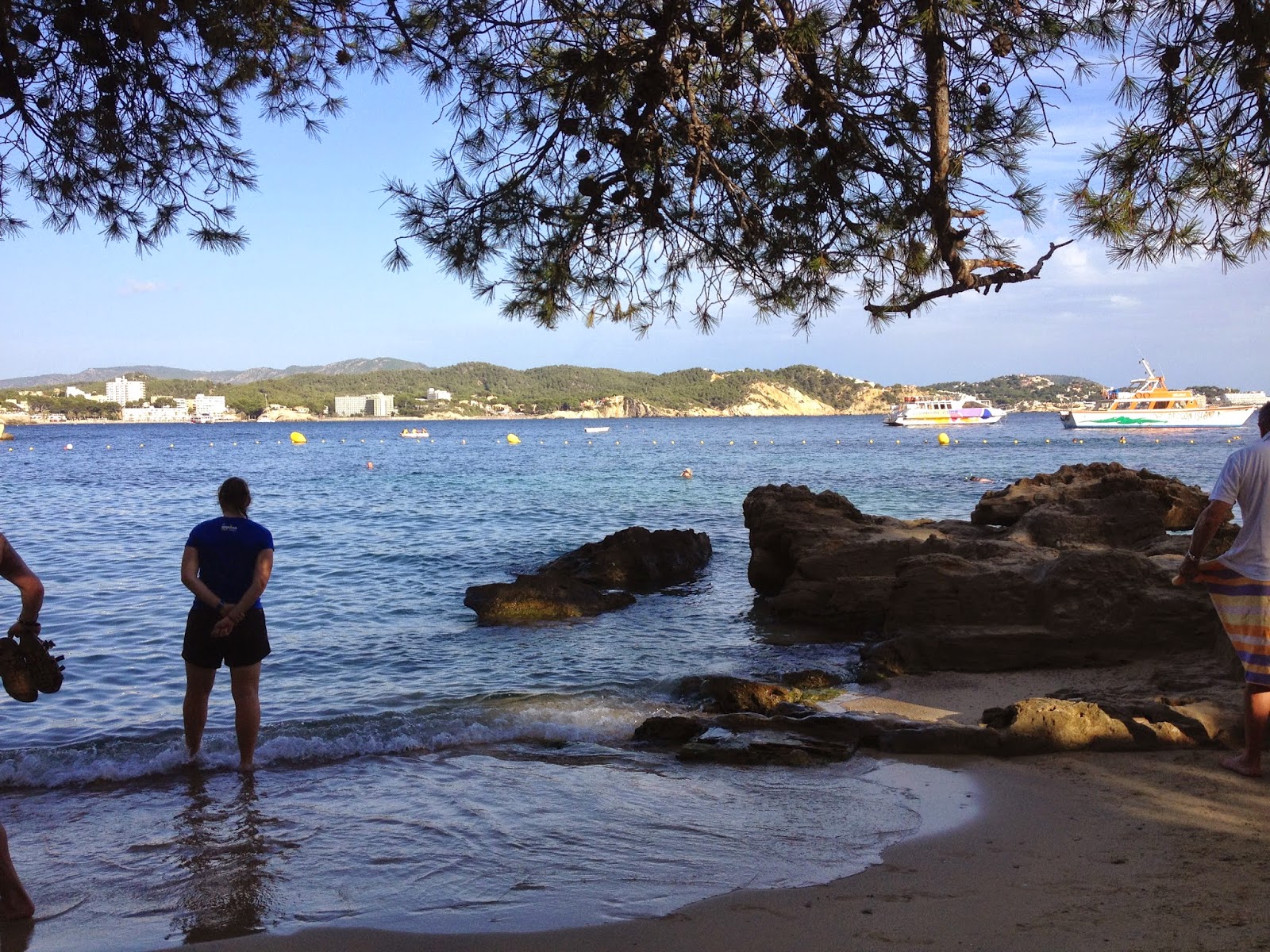 Since Challenge Weymouth Half, my body decided to have other ideas to the race season plan. I recovered well, then a week later – total shut down with flu-like symptoms and an ear infection. I’ve managed to stay illness free for about a year, so slight shock to the system.

Post illness – my body still in ‘please can we end the season here’ mode! We flew out to Mallorca 6 days before the race – allowing the body to adapt to the 27-30 deg heat. Lovely jubbly, but I’m not one to have a history of being in heat, with limited stops abroad.

As with all my races this season, there was a fantastic support crowd out in Mallorca – 13 in total, with Kate McNeill and I racing. It created a lovely atmosphere leading up to the race, and although in ‘race mode’ – felt like a nice holiday break too.

This year, Challenge Paguera – Mallorca was the host of the European Championships. Myself racing in the 25-29 Age Group, my last official race as an ‘amateur’ before going Pro next year and getting stuck in (http://www.gloucestershireecho.co.uk/Triathlete-Nikki-Bartlett-set-professional-season/story-23015388-detail/story.html)

Put simply, my race aims were to win my Age Group (25-29), top Brit Age Group athlete home and top 3 out of all Age Groupers racing.

The racing structure of the day was somewhat new to me – with our Female Age Group wave starting off at 12.20pm. I knew all week that I would struggle with the heat. It reached a peak of 30 deg in the day, and about 28 at the start of the race with no wind.

The swim course was as simple as it comes; one big 1.9k loop.

On race day it was by far the calmest sea conditions from the week. We had practiced our beach starts into the water, in all conditions through the week, without a wetsuit due to the warm water temperatures! Much needed after the horrendous swim at Challenge Weymouth.

The Pro female athletes started at 12.05 – unlike all races this season where we’ve all started at the same time. I was then totally sucked into racing all female Age Groupers – which on reflection was a good thing!

The gun went at 12.20pm for us, and we sprinted into the sea. I managed to get a great direct line to the first buoy and for about 30 seconds, not seeing anyone around me. Tick for no panicking around other athletes!

The swim went pretty smoothly to be honest; the only frustrating part was that a lot of the female Agers caught the male Agers who went off 5 minutes before us. It would have been nicer to have bigger gaps between the swim start times. With about 800m gone, we started to continually collide and have to navigate around quite a fair wack of men. I found a clear patch of water to the far right and stuck to smooth swimming rather than continual citing and ultimately taking the quicker line.

I exited the water 5th female Age Grouper overall – 90 seconds off of first place. Definitely chuffed with that, and fulfilled me with confidence knowing that I’ve had a few ‘panics’ in the swim sections this season –resulting in exciting the water up to 6-7 minutes off the lead! 90 seconds seemed so small.

We then ran up and out of the beach (200m), to the huge transition area. Of which I managed to have quite a swift T1, and overtook two female age groupers in the process.

Bike: 90k; 2 x 45k loops: Profile; undulating with a few climbs, and technical – lots of cornering for sure! So not the fasted course profile by any means. It was extremely hard to get into a rhythm for most of the course. The route even passed through Magaluf!

Off onto the bike as 3rd Age Grouper overall (no idea where in my Age Group). By this point it was hot hot hot. I drank my 750ml of nuun (2xcapsules) within 20minutes. We climbed out, and found a good rhythm on the bike.

My strategy was to not push the bike too hard, and in my mind come off the bike top 2 Age Grouper overall. The first lap was pretty smooth and felt great, except from totally overheating. I drank a total of 3 x 750ml bottles (energy), 1 x 500ml water, and 1 x 500ml over my head, all in the first lap!

After the first lap I had to concentrate on taking things a little easier than planned as I was totally overheating. I managed to take 1st female place overall about 3 miles into the second loop. So decided to take it quite easy until I was caught by another female.

I kept right on top of my nutrition plan, and all worked out well. But my head felt like I had a radiator on top of it!

I still waited and expected to be passed by some females, but this didn’t happen which fulfilled me with confidence, as I felt I could have given so much more on the bike.

Coming into T2 with no bikes around your section felt pretty awesome.

Every race this season I’ve managed to be on the chase – mainly due to bike mechanicals or bad swim sections due to stupid panicking! This time, I was the rabbit. All my run sections this year, off the bike whether they were trail runs, hilly courses – have been around 1.28-1.25 ish. So with the heat, and difficult course layout, my aim was a 1.30.

I started the run and my body felt okay but I just couldn’t keep my core temperature down. I took on all the right nutrition on the bike, and felt fine, but the heat was around 30 deg with the sun beating hard on the head. The cap didn’t seem to make a difference.

I stopped at every aid station, put sponges everywhere, poored water, drank coke and water, taking on 3 x gels in totally too. But nothing seemed to happen/help me out!

Within a mile of the run, I knew this would end up as a DNF or – I would be in a state at the end.

After a mile I refused to look at the garmin, it now became a race to complete, get through and manage on feel. A completely different race dynamic to that of all my races this season.

This was one pure mental battle.

The support crew were literally breathtakingly amazing. I felt horrendous, looked a mess and was certainly dizzy, and totally out of control of my running style and motion. Each lap required a hot run along the beach, up the high street for a long uphill drag to the turn-around point. Down the high street to do an out and back – again up and down, around the finish line and that was repeated another 3 times.

The British support was just amazing, I tried a thumbs up to all those who cheered me and even first named. Sorry if I looked like a miserable bugger, but you guys got me through, so a big thank you J

By lap 3 I started to get hot and cold flushes and dizziness was taken to a whole new level. My quads had completely cramped - I was being chased down by one athlete from Germany and the time gap was closing at a very fast race. Although she wasn’t in my Age Group, I didn’t want to loose the overall Age Group title. My shuffling run style became even more exaggerated, and I managed to get through the 4th and final lap of the run, to come home as 1st Age Grouper overall and 1st in my Age Group 25-29, 11thFemale out of the Pros.

I then fell flat on my face through the line and completely collapsed. Dragged into the medical tent and placed on a drip for quite some time. It took about 15-20mins to fully come around and I was a tad emotional.

The run time was awful (for me – based on my consistent run off the bike times this season). Completing the slightly long course in 1.45 (18-20 minutes slower than my usual run split).

However – I’m over the moon on the result, and mentally battling through the run section. There were so many athletes struggling in the heat. So proud of Kate coming in 3rd female in her Age Group especially given her illness in the lead up to the race. Loved how we came off the bike 1st and 2ndfemale Age Grouper too. Pre race Uncle Alan said if I was to achieve 1st in AG, and 1st Ager overall he would treat me to some Oakley’s – lucky Nikki

On reflection of my race season, I literally couldn’t have predicted the results at the beginning of the year. I’m totally overwhelmed and super happy. It’s been difficult at times, as I’ve 90% of the time been self – coached, with about 80% of training time alone. It’s been a great journey but I’m excited about taking the positives from this season and working on both strengths and weaknesses through the winter. What’s even more exciting, is having Bex (Milnes) officially be my coach for the 2015 season. I’ve been in the sport properly for about 2 years – mainly self-coached and it’s definitely time to move on from this.

Thanks to: Honestly, this season wouldn’t have been the same without the amazing friends, family and sponsors that have driven me through races, supported me in the lead up- and after events. Thank you all so much.

Now for a much needed end of season break, then let the 2015 season begin!

Sponsors: A BIG personal thank you to: